Recipients of these letters are being urged by tax specialists to take them seriously, as HMRC requires a response within 30 days of the letter’s issue date. Any resulting disclosures will be treated as ‘prompted’, which means there was a failure to voluntarily disclose the income and as such a higher sum may be charged as a penalty. This will be calculated as a percentage of any outstanding tax liability.

No response may result in formal action, where HMRC has reason to believe that tax has been underpaid. This could mean even higher penalties being applied or, in extreme situations, the initiation of a criminal investigation.

The letter will be headed Let Property Campaign, and should be taken as an opportunity to review income records. Seeking the help of a financial advisor or tax specialist may be in order to confirm that full and accurate disclosure has been made to HMRC.

Such specialists can agree the correct position with the tax office and negotiate a settlement that takes into account any interest or penalty charged. Misunderstandings that may have arisen can also be resolved on your behalf, saving you considerable time and stress.

The campaign also enables landlords who want to voluntarily disclose an incorrect position to do so. This can potentially lead to a reduction or waiving of penalties, depending on the reason for not disclosing sooner. In such cases, the individual should fill out a Digital Disclosure Service form and await a Disclosure Reference Number from HMRC.

If you cannot pay the outstanding tax in a lump sum, you may be able to spread your payments. This will depend on your circumstances though, and whether HMRC deems it appropriate to spread the costs.

Who the campaign applies to

The campaign is designed to encourage any individual landlords who are renting out residential property to disclose any undeclared tax. This includes those who are:

If you fall into any of the above categories and suspect you may have unpaid tax, we suggest seeking advice from a tax specialist and, if necessary, declaring it via the Let Property Campaign. 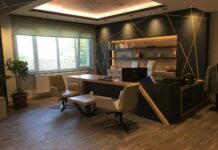 When Should I Hire a Wage and Hour Attorney- Top Reasons You Must Know!

When Should I Hire a Wage and Hour Attorney- Top Reasons...

7 Ideas to Starting a Small Business in a Small Town

The actual Magnitude associated with Business Listing Mumbai for you personally

Ever Thought About Position Sensors